San Sebastián to Take World Gastronomy Tourism Spotlight in May

Donostia-San Sebastián, Spain, 18 December 2018. It was announced today that Donostia will host the 5th edition of the UNWTO World Forum on Gastronomy Tourism, a forum organized by the UNWTO and the
Basque Culinary Center (BCC), an Affiliate Member of the UNWTO.

The event, which grows exponentially this year thanks to the support of the Ministry of Industry, Commerce and Tourism of Spain, the Basque Government, the Provincial Council of Gipuzkoa and the City of San Sebastián, will be held at the Kursaal Congress Centre on 2-3 May 2019.

This UNWTO Forum has been held since 2015 and is hosted by the BCC every two years. The central theme of this edition will be job creation and the promotion of entrepreneurship in line with the Sustainable Development Goals (SDGs). This stems from the fact that tourism is a huge source of employment and its multiplier effect has a knock-on effect on other sectors, such as gastronomy.

Objective of the Forum

The selection of San Sebastián as the venue for the Forum for a third year confirms the international success of its efforts to feature high-quality gastronomy tourism offerings. A series of presentations by experts from different disciplines and countries will address the current and future knowledge and skills demanded by the gastronomy tourism sector. In addition, the latest advances in the creation of the necessary framework to stimulate entrepreneurship will be presented, connecting the different ecosystems with the startups that are part of the value chain of gastronomy tourism.

In addition to shedding light on the competencies needed to meet the demands of gastro-tourists, the Forum will also foster the creation of environments that stimulate entrepreneurship, connect startups and better integrate disadvantaged groups in the labour market. In addition, topics such as the digitalization of the sector will also have a place in the Forum programme, which will analyse the new opportunities it offers to companies.

The UNWTO World Forum on Gastronomy Tourism was created with the aim of promoting the exchange of experiences between experts in tourism and gastronomy, to identify good practices and to promote gastronomy tourism as a factor of development of countries. In recent years, gastronomy has become an essential element in order to get to know the culture and way of life of a place. After being held in San Sebastián twice, and subsequently in Peru and Thailand, it returns to its place of origin, now more consolidated and with greater institutional support than ever.

San Sebastián at the centre of world gastronomy tourism in May

Zurab Pololikashvili, Secretary-General of the World Tourism Organization, highlighted the ability of gastronomy tourism to contribute to the creation of employment and new opportunities throughout the territory as well as to the Sustainable Development Goals (SDGs). “Gastronomy tourism is culture and the soul of a destination. By supporting innovation, job creation and entrepreneurship, we are promoting development by valuing its culture and its people.”

Joxe Mari Aizega, General Manager of the Basque Culinary Center, pointed out: “Gastronomy tourism promotes local culture and products and is a source of employment and economic development. To ensure quality employment in the sector, we must take into account its main actors, we must promote knowledge through training and we must create an ecosystem that stimulates entrepreneurship, considering also the new opportunities offered by digitalization. Today, tourism is fundamental for gastronomy.”

In the words of Isabel María Oliver, Secretary of State for Tourism of the Government of Spain: “Gastronomy favours local economic development and sustainability while maintaining traditions and preserving the authenticity of our destinations, and is, in addition, a de-seasonalizing factor.  This is why, at the State Secretariat for Tourism we are working to further promote Spanish gastronomic heritage as an essential part of the Spain’s tourism offerings.”

Alfredo Retortillo, Councillor for Tourism, Trade and Consumer Affairs of the Basque Government, underlined: “Gastronomy tourism is not merely about food, but rather it encompasses a multitude of cultural practices and incorporates ethical values and sustainability. Enjoying it also means getting to know and savouring the landscape, the history of the country, the values and the cultural heritage of the tourism destination. And, undoubtedly, food and wine are among the great attractions offered by the Basque Country.”

The Deputy for Culture, Tourism, Youth and Sports of the Provincial Council of Gipuzkoa, Denis Itxaso, for his part, said: “Being a global leader among gastronomy destinations requires commitment to being at this type of events, where the top chefs and the best practices of gastronomy tourism come together, and being open to discovering new and good experiences, and to creating a fusion between our traditions and techniques and those of others. That gives the Basque cuisine a cosmopolitan character and adaptability, two fundamental characteristics when we talk about tourism markets.”

In the words of Ernesto Gasco, First Vice-Mayor of the San Sebastián: «The World Tourism Organization’s choice to hold its Gastronomy Forum in San Sebastián reaffirms the international positioning of our city in the world of gastronomy. Our chefs, who once again have recently revalidated their constellation of Michelin stars, the quality of our products and kitchens, and our pintxos, rated as the best gastronomic experience in the world by users of a popular travel page… attest to the position San Sebastián occupies in the world of gastronomy. All this is complemented by the important work carried out by the Basque Culinary Center and the international platform represented by the San Sebastián Gastronomika event. We are, without a doubt, an epicentre of gastronomy. This event is another step forward, a definitive endorsement for San Sebastián and its prestigious cuisine to be known all over the world». 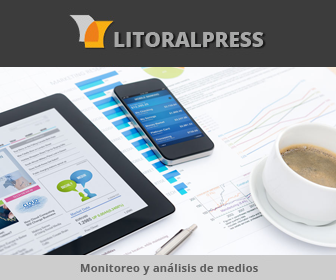 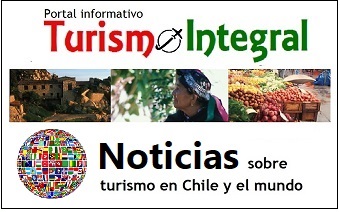